A semi-acoustic John Scofield model, on which it is possible to play almost everything between funk and jazz. Frank played it during the "Better Days" sessions, where it can heard on "Be Still My Heart", "Keep Me In Mind" and "She's Leaving Home". By the way: this is the guitar that John Abercrombie used on "Alone Together".

This is the legendary George Benson model, the one the master likes to play himself. It is a very versatile instrument and Frank's main guitar, which can be heard on all of his CD's. The new model GB-200 has a slightly smaller body, a deeper cutaway, gotoh machine heads, wooden knobs and some artwork on the tailpiece.

This instrument was custom made for Frank by Henning Doderer in 1996. The purpsoe was to have more range on the deep end. Usually Frank tunes it from C' to c', which is a major third lower than standard tuning. This exceptional guitar can be heard on the CD's "Favorite Songs", "Getting Closer", "Better Days" and "Listen To This".

Another "Signature" instrument by an all-time great player. This is the ideal guitar to play in a band. Frank plays it occasionally with his quartet : (featuring Norbert Gottschalk - voc, Bernd Heitzler - b, Hiram Mutschler - dr). This is a dream guitar still waiting for it's big "show time".

This guitar found it's way to Frank's guitar collection by chance. A student had asked Frank to check a ES-175 he had found in a second hand guitar store. After having played the instrument and approving his student's choice, Frank saw this beautiful acoustic guitar in the window. Many thanks to Uli P. for the loan!

Frank plays different amps, depending on the musical situation. He prefers amps made by the German company AER, which stands for Audio Electronic Research. In his stereo setup, he uses two amps of the newly developed "Acousticube 3" model. Some of the new features of this amp where integrated following Frank's suggestions. In addition, he also uses the active speaker CX-8 or the passive subwoofer Sub-10.

Frank likes to use a pedal board made by SKB in California. His effects are all from Boss, because of the better compatibility. The signal flow is: Line Selector – Tuner – EQ – Volume – Delay – Reverb – Noise Suppressor. The Loop Station is used occasionally to either save spontaneous ideas or to use for demonstrations during workshops.

Elixir strings have the special Goretex coating, which significantly prolongs their durability. All Taylor guitars are equiped with these strings when they leave factory. Frank uses these strings in different gauges: medium (.013 - .056) for the Doderer baritone acoustic, light (.012 - .053) for the Taylor 510 and custom light (. 011 - .052) for his Taylor 514.

This set has been developed by Frank in cooperation with Pyramid. With gauges ranging from .011 to .048, theses strings have a high percentage of nickle, which gives these strings the soft touch and warm, rich tone. Frank uses this set an his GB-5, the Ibanez JS-100 and occasionally on the Gibson Pat Martino

These strings have a great durability and a very precise pitch, even on the usually critical g-string. Frank uses this set in "medium" which equals a string tension of 7 kilos. These strings can be heard on all CD's whenever you hear a guitar with nylon strings.


Frank plays this special set in medium (.011 - .049) on his Gibson Pat Martino. They are very durable and practically don't rust at all. These are the ideal strings to put onto a guitar which is played only occasionally. 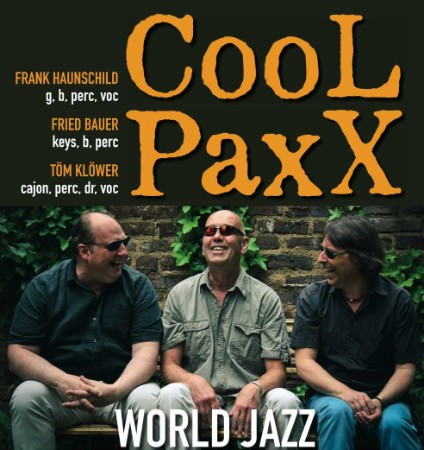